Hello and thanks for exploring my website! Here’s a little about me: I live in a small town in Northern California. Although my town is fringed by forests and foothills like the town of Savage in THE CREEPING, it doesn’t have as many secrets (I think) or as dark of a history (fingers crossed). It also isn't a shining, seemingly idyllic island with blood, love, and murder hidden beneath its surface like the island of Gant in THE TELLING.

I've been writing short stories and inventing characters since fifth grade camp in the redwoods. I was an undergraduate at Mills College, where I studied International Relations, and I earned a graduate degree from the University of San Francisco, where I studied the invisible forces that make people and governments act as they do.

In addition to writing fiction, I love discovering new things, traveling (Istanbul is my favorite), sourdough bread, trees, lighthouses, seven layer cakes (who doesn’t?), reading the news, music (the kind that makes your chest swell), adventures (some risky, some not-so-much), being silly with my sister, and my (partner in crime) husband.

I don’t like spiders, anchovies, swimming in lakes (give me the ocean), writing my bio, sunburns, or (much more seriously) inequality.

I am represented by Brianne Johnson of Writers House. 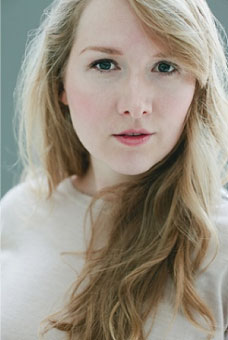 I WRITE ABOUT GIRLS WHO RESCUE THEMSELVES, TRUE LOVE AND FRIENDSHIP, SECRETS AND LIES, AND MONSTERS AND HEROES THAT LOOK LIKE ME AND YOU.